“There are more than a million heartbeats … nothing is like mine.”

In her discovery of a remarkable rainforest community of people and animals, Laura Coleman explores the meaning of love and rescue against backdrops of deforestation, illegal animal trafficking and forest fires, and the work of a pioneering charity created by young Bolivian volunteers.

Whiffs of scent slam into me, choking me, before they fade, replaced by others, sweeter, thicker, heavier. It hurts to breathe. To think. The greens grow darker, the smells more sickly, rotten, the trail more overgrown, the sky nothing more than a memory. I don’t think I’ve ever been in a place that has its own heartbeat. Millions of heartbeats. I picture people jostling for space on the London Underground that smells of sweat and humans. There are more than a million heartbeats there but they’re all like mine. Here, nothing is like mine. 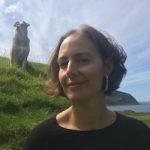 Laura Coleman is a writer, activist and artist whose memoir shares her life-changing relationships with rescued wild animals. She is the founder and chair of trustees of ONCA, a Brighton-based arts charity that bridges social and environmental justice issues with creativity.

In my early twenties, I found myself living in London, my life a loop of commuting and corporate meetings. Tired of tight, tailored suits and lacking direction, I quit my job and set out for South America. Two months into my three-month trip to Bolivia, I was bloated, sunburnt, lonely, and ready to go home. But a flyer about an animal welfare charity – Comunidad Inti Wara Yassi (CIWY) – encouraged me to stick it out, and soon I was en route to “el parque” in the Amazon basin.

I found an underfunded, understaffed, dilapidated camp, along with suicidal howler monkeys, megalomaniac semi-wild pigs, toothless jaguars, and many more animals who had been sold on the pet trade, abused and abandoned. I also met a timid and terrified puma named Wayra who I was tasked to learn how to “walk” outside of her enclosure. Within days, all I could think about was going home. But after several weeks of barely showering, being eaten alive by bugs, and doing work that pushed me to physical and emotional exhaustion I’d never known, I deliberately missed my flight back to England and spent the next two years learning how to trust Wayra, and the jungle – and myself.

The book is set against a backdrop of deforestation, illegal animal trafficking, and forest fires, and I really wanted to find a balance between exploring what happens when two desperate creatures in need of rescue find one another, alongside the universal context of working on the frontlines of environmental destruction. At its heart, the book is a love story, about kinship and community. In Bolivia, I discovered how the love that exists between humans and animals, and place, and home, can be just as important and powerful as any romantic love. This is what I wanted to share when I wrote the book.

I also, of course, wanted to support the work of CIWY. Over twenty-five years ago, a group of young Bolivian volunteers set up the NGO and created the first ever sanctuary for rescued wild animals in the country. Over the years Parque Machía has provided safe homes in the cloud forest to thousands of rescued animals, and to countless people. However, this year CIWY’s land lease contract with the local municipality is not being renewed and plans for the site are uncertain. The dedicated staff who live there have the painful job of relocating hundreds of animals to another of CIWY’s sanctuaries on the far side of the country, with no financial support from the government, costing over $400,000. Money from The Puma Years has gone towards starting construction in Jacj Cuisi, but it is going to be a long journey, needing global support in order to transfer all the animals at risk by the end of the year.

And this last year has seen devastation on so many fronts. Covid-19 has meant that, due to the cancellation of CIWY’s volunteer programme, a handful of exhausted staff have been doing the work of caring for over five hundred animals – something that would normally be done by hundreds of volunteers. And the fires in 2020 were the worst they’ve ever seen, so I don’t know what the future holds. There are countless small NGOs in the Global South struggling to hold on through devastating times. So any donation to CIWY or another Black, Indigenous, or POC-led project will support people working on the frontlines of environmental disaster and justice. What has been so overwhelming, since my book has been published, is the incredible amount of financial and emotional support that has come in from around the world and I want to thank everyone who has been in touch with either me or CIWY. Your support makes all the difference!

The Puma Years: A Memoir is published by Little A and you can buy it from Bookshop or Amazon or as an audiobook on Audible. And you can watch the online book launch on 3rd June 2021, hosted by Persephone Pearl at ONCA, with Laura reading from her book and discussing the work of CIWY in conversation with Tania ‘Nena’ Baltazar, founder and president of Comunidad Inti Wara Yassi (CIWY).

You can find out more about the work of Comunidad Inti Wara Yassi and opportunities to donate or to sponsor an animal, and explore Laura’s website and the work of ONCA.