“For the first time in the history of the world, it was literally raining carbon…”

In his thriller Skyseed, writer and scientist Bill McGuire explores what might happen if we start geoengineering our climate to ‘fix’ global heating, and everything goes pear-shaped. A cautionary tale from a researcher steeped in the natural history of disasters.

Jane Haliwell put her head in her hands. To tell the truth, she was still in shock. All the samples she had taken from inside and around the lab contained the enigmatic spheres in huge numbers. She had only had a brief time to think about the implications, but she was pretty sure already what was going on.

For the first time in the history of the world, it was literally raining carbon. Long before it stopped, the guilty would pay, but so would the innocent… 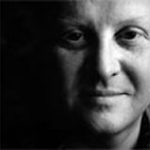 Bill McGuire is a researcher in the science of global heating and climate breakdown, and a writer of non-fiction on natural hazards and climate change and of speculative and climate-related fiction, who values his contribution to climate activism above everything else.

We all know that slashing greenhouse gas emissions is the key to side-stepping catastrophic global heating. Under the radar, however, others are promoting a very different way of tackling the climate crisis. So-called geoengineering is defined by the Royal Society as: ‘the deliberate intervention in the climate system to counteract man-made global warming,’ and it is attracting increasing support and funding. If messing with the climate some more, to sort out the mess we have already made, sounds crazy, that’s because it is. Geoengineering distracts from the main business of cutting carbon emissions as the science demands, threatens further damage to the environment and tramples over human and legal rights. Far more scarily, the cure might even end up being deadlier than the illness.

Perhaps the riskiest of all geoengineering schemes is a plan to mimic a volcanic eruption by pumping tens of millions of tonnes of sulphur into the stratosphere. Sulphur gases are especially good at reflecting incoming solar radiation back into space, which is why a period of global cooling is common after a major volcanic blast. Past episodes of volcanic cooling, however, are also associated with major changes in weather patterns and rainfall, the failure of harvests and widespread famine, so copycat cooling is really not a good idea. In my new novel, Skyseed, a massive volcanic eruption in Bolivia – true to form, but in an unexpected manner – provides the catalyst that transforms an illicit bid to ‘fix’ global heating into a fight for the survival of the human race.

For someone steeped in the natural history of disasters (I did after all write A Guide to the End of the World: Everything you Never Wanted to Know), the idea of following the geoengineering route in our increasingly desperate quest to come to grips with the climate crisis, has always fascinated, which is really why I wrote Skyseed. I am very much of the mind that stories, rather than lists of hard facts, are often far better at getting complex ideas across, which explains why Skyseed is a novel, rather than a technical analysis of geoengineering and the associated risks. Set in the near future, the book is — first and foremost — a thriller, but a thriller with a message. Without giving too much away, it is a cautionary tale that flags a warning to the reader of what might happen if we embark upon further climate tinkering and everything goes pear-shaped. I have tried not to be preachy, and my principal intention has always been to pen a damn good yarn. Do please read it and let me know if I have succeeded.

Skyseed by Bill McGuire is published by The Book Guild Publishing (September 2020) and can be bought direct from them, from Hive or from your favourite independent bookshop.

And you can hear Bill discuss the novel and the issues around geoengineering in this short Shaping the Future podcast from the Cambridge Climate Lecture Series (10/10/20).