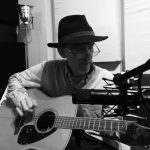 Author of the Protectors of the Wood illustrated ecofiction adventure series, with weekly episodes and illustrations online, podcast and drama and music performance with his band.

In 2019, Dragonfly.eco listed the Protectors of the Wood book series under North America in “Around the World in 80 Books: A Guide to Ecological and Climate Themes in Fiction”; and Phoebe Comes Home, Book #1, was listed as #1 on Goodreads best ecofiction listopia.

With over 82,000 followers on Facebook, John and the Protectors of the Wood team interacts with fans on a daily basis, and posts weekly episodes and illustrations from the book series reaching audiences all over the world. The Protectors of the Wood podcast, started in 2017 and now including 123 episodes, is created by seven voice actors and musicians, and is now on the 4th book of the series, Abby & Wendy. The team is also working on an animated 27-minute film titled Phoebe Comes Home.

The Protectors of the Wood band and podcast team have performed with music and readings at a wide variety of coffee shops, food coop, bookstore, schoolyard, bars, restaurants, and churches in Brooklyn, New York. Their combination of drama and music is available on protectorsofthewood.com (see Creation Care Night) and social media (@protectorsofthewoodbookseries). The band has released two albums, Spoke word…Unplugged, and The Dreams We Dream. A third album, Heart in my Hand, will be available soon.

John KixMiller worked for thirty years for the Center for Family Life in Sunset Park, serving in a variety of positions at the Beacon Program at PS 503/506, including Beacon Director and Neighborhood Center Director. Over the past five years, he developed a gardening program for children as a part of the after school program. He is a graduate of Princeton University, the Wurzweiler School of Social Work, and Farm School NYC. He is the author of A Schoolyard in Brooklyn (The New School, Institute for Urban Affairs), and coauthor with Helene Onserud of A Community Center Model for Current Urban Needs (included in Group Work Practice in a Troubled Society).