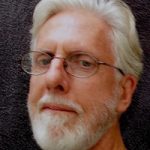 Convener of the Anthropocene Transitions Program at UTS Business School, Sydney, stimulating transformations for the challenges of an age of radical uncertainty and existential crisis.

Kenneth McLeod is currently an honorary Research Associate at the UTS Business School in Sydney, where he convenes the Anthropocene Transitions Program. This project aims to stimulate transformative thinking and action to bring our professional and social practices into line with the challenges of an age of radical uncertainty and existential crisis.

Ken has been involved in change processes in organisations, communities and social action movements since the late 1960s. He is a graduate of the National Art School in Sydney, played a leading role in the movement to end Australia’s involvement in the American war in Vietnam as NSW convenor of the Vietnam Moratorium Campaign, and was the founding president of the Australia-Vietnam Society. He also worked to support various solidarity movements, and was involved in educational and research roles with trade unions and community organisations through the TransNational Co-operative which he founded. Later, Ken worked for many years in adult education with a particular interest in reflective action learning. For the ten years prior to his retirement Ken was a process design consultant and facilitator to communities and organisations in Northern NSW and South East Queensland focussing on developing community engagement and sustainability strategies.

His current work on preparing for the Anthropocene Transition is reflected on the ATP website at www.ageoftransition.org. He also convenes a Linkedin discussion group around similar themes.