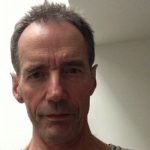 A media professional who has set up The ClimateMedia Net to encourage writers, producers and commissioning editors to develop popular content on climate change.

I started my television career at the BBC and went on to join Discovery Networks where I eventually became Senior Vice President of Discovery Networks Europe. As an Associate Fellow of the Institute for Public Policy Research I initiated the Media Leaders and Climate Change Initiative. The IPPR project inspired me to set up The Climate Media Net.