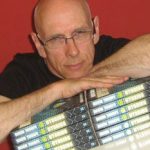 A novelist, scriptwriter and writer of comics and graphic novels, as well as a non-fiction writer on carbon-free energy and sustainable development.

David Thorpe is a novelist (Stormteller led to his presence on Hay Festival’s first cli-fi panel in 2015, and Hybrids was winner of a HarperCollins contest to find a new children’s writer). Also a journalistic author of 1000s of articles for different journals on carbon-free energy & sustainable development and over ten techy books on things like living a ‘One Planet’ Life, Passive Solar Architecture, Solar Energy, Energy Management in Buildings and Industry, Sustainable Fuels, Sustainable Cities, and Sustainable Home Refurbishment. He’s a founder/patron of One Planet Council and was founder/Director of the Centre for Alternative Technology’s Publications Dept. Secretly, he’s also a writer/editor of comics and graphic novels (incl. Marvel) and a scriptwriter and co-founder of the London Screenwriters Workshop.

The Rise of Climate Fiction #2: The Emotional Key

7th November 2017
Author David Thorpe considers approaches that engage readers with human stories within the climate change one, and writers' responsibilities in climate fiction, given that "stories are fundamentally how humans understand and spread wisdom as well as entertain themselves." Read More

The Rise of Climate Fiction #1: Beyond Dystopia and Utopia

16th October 2017
Writer David Thorpe overviews the development of fictional works addressing climate change, and how the term 'Cli-fi' (which he discovered when he published his novel, Stormteller) reveals the tension between our twin fascinations with utopian and dystopian visions. Read More

Utopia and Its Discontents

9th May 2017
David Thorpe -- one of the short story writers, poets and non-fiction writers commissioned from two Weatherfronts climate change conferences -- explores the thinking that went into his story, included in the free anthology of the winning pieces. Read More
Website:
David Thorpe
Website:
The Low Carbon Kid

The latest feature of recent work from our artists, curators & researchers is Art for London Climate Action Week.

Also: The Puma Years, a memoir of life with rescued animals in the Amazon jungle, poetry/prose collections melt and the hispering, comic books Pole to Pole & The Wizard of O2, non-fiction books Carbon Choices, Living with Trees & Fifty Words for Snow, independent zine Imminent, an online Essential Ecoliteracy course, The Long Return: an essay on belonging, and novels The Wintermen III and SkySeed.