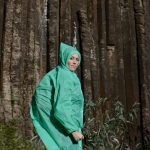 An actor, creative producer and founding member of company HOAX, who blend text, physical theatre and comedy to give voice to social and ecological issues.

Ayesha is an actor and a creative producer who studied at the Royal Central School of Speech and Drama and Jaques Lecoq in Paris. She has worked with many organisations and artists including RAF, Allanah Madeline Foundation, Met Police, MKA: Theatre of New Writing, Les Foules, Miriam Austin and One Taste Cabaret. Ayesha is a founding member of company HOAX, who specialise in concrete piping and provocative contemporary work. They blend text, physical theatre and comedy to give voice to social and ecological issues.They are very serious and very silly. Recent production credits with HOAX include The Ugliest Buildings in London for the London Festival of Architecture, Please Don’t Talk About Me When I’m Gone (Origins Award for New Work VAULT festival 2015) and stuck.