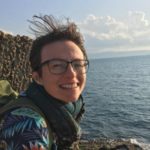 An artist who co-creates spaces of naming, questioning, healing and desiring in dedication to humans and non-humans who experience intimately the violent consequences of our disconnect.

“My dedication is to the margins, to humans and non-humans who experience intimately the violent consequences of our disconnect, wedged deeper by systems and practices of power and control. I co-create spaces of naming, questioning, healing, hoping and desiring.”  Highlights: * Buried Sunshine (2016- Present): a performed link with people affected by coal-mining in Colombia using theatre and social mapping. * Dignity for Asylum Seekers (2012- 2015): a 5 day transformational performance/march/protest/walk with a scape-goat puppet. * Colombia (2008-2010): community theatre and organising with young displaced peasant farmers to re-imagine a future in their homeland.”

A Dance with Defensiveness

3rd September 2019
Artist Scarlet Hall reflects on defensiveness as an embodied response to being implicated in patterns of oppression. Using movement improvisation to decentre habitual narratives and open space to attend to relationships, Scarlet is seeking ecological perspectives on defensiveness. Read More