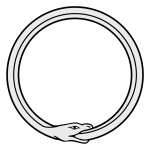 ClimateCultures editor Mark Goldthorpe explores climate change through the lens of ‘Wicked Problems’ and what ‘culture’ — a web of identities and practices that rub up against each other — means for how we might think about it.

Climate change could almost define ‘Wicked Problems’. Unlike ordinary, ‘tame’ problems, these have multiple causes, produce a web of effects, entangle themselves in interdependencies, are riddled with complexities, uncertainties and contradictory interpretations and induce a sense of both confusion and urgency. In Dialogue Mapping, organisational collaborator Jeff Conklin talks about the “pain of fragmentation” caused by working on Wicked Problems “with thinking, tools, and methods that are useful only for simpler (‘tame’) problems … a sense of futility of expecting things to be one way and repeatedly banging into a different reality”.

More often than not, ‘tame solutions’ for Wicked Problems reveal or create more problems; their frustration then compounds our urgency, inciting either a stronger desire to act ‘at any cost’ or a lifeless apathy. A self-perpetuating anxiety, climate change’s wickedness is both a call to in/action and the cascade of in/action’s unintended consequences.

Rereading Alan Watts’ 1951 The Wisdom of Insecurity, writer Megan Mayhew Bergman describes how Watts “believed that hyper-rationalising our desires creates a vicious and taxing cycle, a habitual state of tension and abstraction that is actually a mental disorder.” He saw a modern split between mind and body (“a war between … the desire for permanence and the fact of flux”). This produces a cycle of insecurity, which he likened to Ouroboros, the mythical serpent endlessly biting its own tail in a cycle of self-consumption. While it’s human nature to seek an “escape from the reality of the anxiety-producing present,” Bergman suggests that with climate change it’s the future that now seems fearful: “That sheer inevitability bewilders me … We can no longer afford the luxury of looking away.”

Psychoanalyst Sally Weintrobe has written about climate change anxiety inhabiting both the ‘reality-based’ and ‘narcissistic’ parts of our self. On one hand (or in one mind?) we face the loss of a reliable future, “our hope that we are generative … and rooted within long time” when “our sense of regularity and continuity as a species [is] threatened at such a basic level”. This depressive anxiety is compounded by our sense of dependence on global leaders and corporations to somehow overcome the short-termism threatening the planetary system. And on the other hand, the actions that we know are needed to reduce these risks threaten the part of our identity that’s tied into lifestyles that are implicated in the problems. Weintrobe suggests that “what we dread giving up is not so much particular material possessions or particular ways of life, but our way of seeing ourselves as special and as entitled, not only to our possessions but to our ‘quick fixes’ to the problems of reality.” The wickedness fills the gap between these minds.

But maybe, in an anxious, subjectivity-riddled world, the idea of wickedness at least offers a way to acknowledge this messiness, open a creative space to view it in and grapple with the extreme risk and uncertain force of the climate change we cannot look away from.

In Keywords, cultural academic Raymond Williams introduces ‘Culture’ as “one of the two or three most complicated words in the English language” (and ‘Nature’ as perhaps the most complex word in the language: great news for anyone working on un/common grounds of NatureCulture). A word that’s rooted in colere (Latin: inhabit, cultivate, protect, honour with worship), fractured and evolved into cults, colony and couture, became a synonym for civilised in its antagonism with natural, and offers its own dividing line between ‘high’ and ‘low’ cultures, was destined to do lots of different kinds of work for different people. Culture has its own wickedness, perhaps. Can this help us with wicked climate change?

Climate change constantly draws people into different camps, each arguing passionately for one version and vehemently against the others. Can culture help us, if not to tame the untameable, then at least seize its contrariness, try out its meanings, and rehearse what cohabitation might offer us? We’re more used to diversity in culture and (in more tolerant moments) give ourselves permission to disagree; to incorporate this disagreement into culture itself. Maybe this offers a way to open discussions and imaginations to diversity in ‘climate change’.

“We need to understand the creative psychological, spiritual and ethical work that climate change can do and is doing for us. By understanding the ways climate change connects with foundational human instincts of nostalgia, fear, pride and justice we open up a way of resituating culture and the human spirit at the centre of our understanding of climate.”

On a parallel thought, literary scholar Benjamin Morgan investigates the origin and uses of the concept of extinction. Like climate change, “extinction has never been a purely scientific concept … [it] first came into being as a problem of human meaning” long before we came to identify our own species as a new driver of extinctions; the discovery of spectacular fossils in the 18th century revealed nature “possessed of the same self-destructive energy as human society.”

Science of all kinds is crucial for better understanding of environmental and climate change and the Anthropocene, but can only offer one kind of necessary enquiry: one of many routes to meaningful action. As part of the living matrix we’re eroding around us, we must also call on other aspects of our identity, other practices as well as science.

And this is what ‘culture’ means for me when I think about climate change: a web of identities and practices that rub up against each other. It’s a rough sketch, but I start with:

Both these aspects of culture suggest that nuance and diversity are key, helping us navigate the complexities, uncertainties and interdependencies of climate change without immediately resorting to ‘tame’ solutions within hard-and-fast borders. As Morgan points out: “Drawing battle-lines is never an exercise in nuance … The avenue into these ethical and political dilemmas [of extinction] is culture, broadly conceived.”

Bergman retells Watts’ account of the response of a Chinese sage to the inevitability of human suffering: “’How shall we escape the heat?’ the sage is asked. His answer is unsettling: ‘Go right into the middle of the fire.’”

‘Wicked Cultures’ as a means at least of seeing and coming to terms with the dynamics of ‘Wicked Problems’, maybe acknowledging what might be untameable but worth living through and with?

See the Wikipedia entries on Ouroboros and on Wicked Problems.

On the Origin of Extinction by Benjamin Morgan appeared in Public Books (9th March 2017).

The Wisdom of Insecurity: A message for an Age of Anxiety by Alan Watts was republished by Penguin Random House in 2011 (originally 1951).

Keywords: A Vocabulary of Culture and Society by Raymond Williams’s was published by Fontana Press (revised edition, 1983).