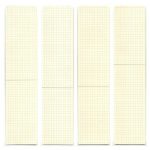 Artist Rebecca Chesney describes her explorations creating With far-heard whisper, o’er the sea for exhibition in Newlyn this year — taking inspiration from the town’s tidal observatory and its unique role in revealing the UK’s rising sea levels.

At the end of 2018 I was invited to make new work for inclusion in an exhibition at Newlyn Art Gallery in Cornwall. As my work looks at our relationship with the landscape and is usually connected to specific places, I organised a trip to Newlyn in January this year to help me understand the place better, and to explore its location, learn its history and meet people working and living in the town.

One of the first things to pique my interest was hearing that Newlyn has a tidal observatory. A plain little building standing next to the lighthouse on the south pier, it looks more like a fishing shed than how I imagine a tidal observatory might look. Not usually open to the public, it was the director of the gallery, James Green, who organised permission for us to visit and gain access to the building. It felt really special to go inside this modest old outhouse with an enormous significance.

The observatory was built in 1915, along with two other observatories (at Dunbar and Felixstowe) to establish a national height system to provide vertical reference levels related to a measure of mean sea level. In 1921 the Ordnance Survey decided that there should be only one national datum and selected Newlyn as the most suitable of the three. Hourly recordings of sea level were used to determine an average that could be related to the head of a brass bolt set in the floor of the Newlyn observatory and this brass bolt is the benchmark from which all heights in mainland Great Britain are measured.

Although old equipment remains in the observatory it is now fully automated, with data collected every second via Global Navigation Satellite System technology.

Following my visit I met with local historians Richard Cockram and Ron Hogg. My work and ideas have always benefited from discussion with others: those who share a common interest, or have a passion for a subject I am exploring too. Looking at the same theme from different angles can produce some exciting conversations. They told me more about the history of the building, its importance and how they helped to get the observatory declared a grade two-listed building by Historic England at the end of 2018.

It was only when they mentioned never gaining access to the Observatory themselves that I realised how special my visit was and how lucky I am to have been inside (they have since organised an open day at the Observatory and been inside, so I don’t feel too bad now).

Although the Observatory was built to establish a datum for height across the country, it is the sea level records that have become so valuable for the study of climate change.

Drawing out a vast truth

Providing the longest and most accurate tidal information in the UK, the Observatory has continued to record sea level data for over 100 years. And with these records showing that mean sea level at Newlyn has been increasing, I decided to use this information to make new work for the exhibition. Rising sea level is an environmental, social, economic and political issue: it is about land loss and displacement and will impact us all. And although it is a complex, multi-layered issue I think it is important to keep reminding people that climate change is happening.

While looking into the subject I noticed that sea-level data is typically shown in a short graph, a spiky image rising over half a page (or computer screen). But I wondered if it would have a bigger impact if I lengthened how the information is displayed. I wanted visitors to the exhibition to see time in front of them and to understand that every millimetre makes a difference. Trying different methods and materials and stripping back any labelling I decided that a pencil line on graph paper was a subtle yet visually effective way to show the information. Comprised of 102 individual record cards, the finished drawing is 8.75m in length. Each of the specially made record cards represents a year and the pencil line across it shows the mean sea level recorded at Newlyn for that year. Viewed all together the line undulates and slowly rises across the gallery wall. Minimal in its execution, the drawing holds a vast truth: sea level is rising.

The title of the drawing, With far-heard whisper, o’er the sea, is a line taken from The Rime of the Ancient Mariner by Samuel Taylor Coleridge. Written in 1797, I think the theme of the poem is still relevant today.

In May 2019 I was invited to speak at an event in the gallery alongside Richard Cockram, the local historian I had met earlier in the year. Richard gave an illustrated talk revealing his interest in the Observatory, outlined the history and also spoke of how his research contributed to a book published by the Newlyn Archive in 2018, The Newlyn Tidal Observatory.

I followed by detailing how my trip in January inspired me to make the work and where I got the data for the drawing (individual station data is available online via the Permanent Service for Mean Sea Level). I also related the drawing to my other works in the exhibition: Forewarning, a three-screen video and sound installation considering land erosion on South Walney Island off the coast of Cumbria (filmed in 2018); and Far, three large hand screen prints showing tree loss in the Sierra Nevada due to drought and the increase of extreme weather episodes (2017). All these works represent the themes I continue to explore and am keen to learn more about into the future. 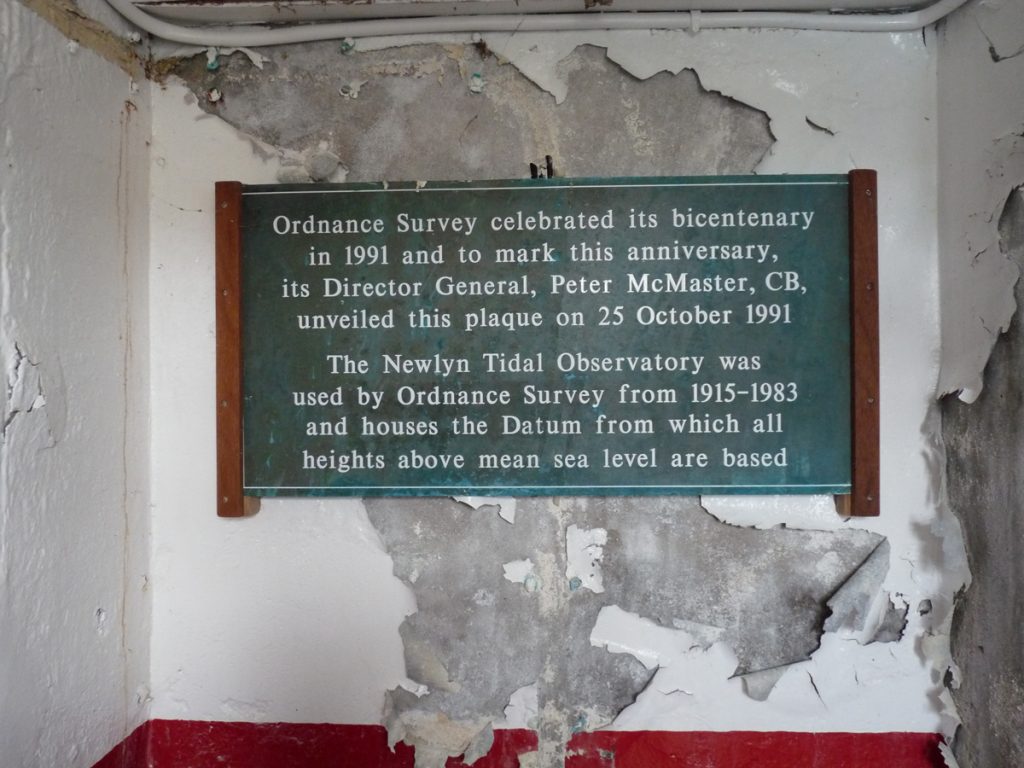 You can discover more about the Newlyn Tidal Observatory’s history at its designation page on the Historic England site and on the Penwith Local History Group site, and about its role in measuring sea level as part of the National Tide Gauge Network. Rebecca also mentioned the Permanent Service for Mean Sea Level, which was established in 1933 for the collection, publication, analysis and interpretation of sea level data from the global network of tide gauges.

You can find Samuel Taylor Coleridge’s epic poem The Rime of the Ancient Mariner in full at Poetry Foundation. ‘With far-heard whisper, o’er the sea’ is taken from Part III.

Rebecca’s work Far — showing tree loss in the Sierra Nevada due to drought and the increase of extreme weather episodes — was featured in her previous ClimateCultures post, Near / Far, in February 2018. And you can find out more about Rebecca’s other work that formed part of the Invisible Narratives exhibition, Forewarning, at her website.

A visual artist interested in the relationship between humans and nature, how we perceive, romanticise and translate the landscape and our influence on the environment.
Read More