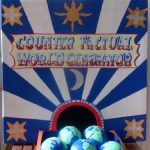 The latest feature of recent work from our members is Changeling: Julian Bishop‘s poem asks how would the climate feel being messed around in this way – drawing on myths of an evil fairy child substituted for a human baby. And Trinity, Oliver Raymond-Barker’s artist book, combines camera obscura images with commissioned texts, to offer complex, interconnected narratives of land and histories of spirituality, protest and control. Explore our showcase of fiction, nonfiction, memoir, poetry, comic books, courses, zines and more.