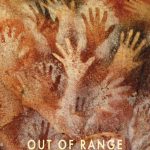 Poet Nick Drake offers poems of three dark objects that illuminate our world-shifting ways: an emblem of inefficiency, a single-use convenience that will outlast us, and a nightmare taking shape beneath our feet, our streets, our notice, until…

Nick’s selection coincides with the publication of his new collection, Out of Range — which itself brilliantly explores the strange interconnections and confronting emergencies of our new planetary age.

Here are three poems from my new poetry collection about objects which speak to me of the Anthropocene.

Incandescent lightbulbs are inefficient, and have been phased out around the world. Ubiquitous, cheap, reliable, disposable, their illumination gradually conquered the dark, and lit much of the world for more than a century. This poem is a way to say hail and farewell to them…. and to remember the powers of the dark.

Chronicle of the Incandescent Lightbulb

You had nothing but the moon,
the guttering candle, and the dish of oil
to thread the eye of a needle, read,
or cast shadows on the walls, until
you created us, the first light
that was constant in the dark –

From a heart-beat twist of tungsten
and a single breath of gas to hold
our whole lives long, you sowed
one idea in our glass skulls;
to shine at your command.

We shed no tears of wax; reliable,
disposable, we lived where you lived,
lit your parties and wars; one by one
we brightened the hill-shanties
and towers of your mega-cities;
when you were lost, we were home
waiting, just a click away
to save you from the small hours’ fears;
when your lives hung by a thread
we stayed as long as necessary;
we shone when you were gone.

And when with a quiet tick
the luminous spell of our filament broke
you cast us off; and now you wish
a light perpetual and free,
your highways and cities radiant
archipelagoes against the dark –

But if the lights go out from time to time,
lie back on the black grass, gaze up
at the banished constellations, take
ancient starlight in, and listen
for the dark song of our source summoning,
on summer nights and winter afternoons,
the antiquated powers of the moon.

Along with chicken bones and radioactivity, plastic bottles are what will survive of us (as Philip Larkin said of love) in the geological record. Nearly 36 million are born every day in this country alone. Less than half make it to recycling. Here’s the story from their point of view.

Why did you
Make us in
your image?

Replicants
of the prototype, not
goddesses of strange fertility,
not glass, bone, wood or stone, but
generated from dark matter in a split
second to join the silent masses,
monks, soldiers, clones, waiting
in the moonlight of the fridge
for you to drink down our short
stories of ancient waters and bright
sugars until our emptiness
is complete – but there
we part; cast-off, we colonise
every dominion from the highest peak
to the deepest fathom of the abyss
and though the timeline of the waves
degrades us to nanoparticles, yet
we will survive all the brief histories
of your unsuccessful flesh to abide
in every mortal heart undying…
Now only you can save us from
the doldrums of this everlastingness
if you conceive a new skin of beautiful
mortality that grants us too the strange
sea-change of release
into the mercy of everything
and nothing

The Whitechapel fatberg is the largest ever recorded in London, but it has siblings in every major city. It holds a mirror up to consumption and what we throw or flush away. The Museum of London curator, Vyki Sparkes, noted how samples — viewable online via the fatcam live-feed — fascinated the public; “It’s grand, magnificent, fascinating and disgusting. The perfect museum object.”

(The Whitechapel fatberg, c/o the Museum of London)

the dregs, swill, scum, muck, slop we flush away
are harvest festival for the moony monster
who rules the empire of the upside down

beneath the illusion of floorboards, parks and streets;
stranger thing, behemoth, lonely ogre, shy
Caliban created by our multitudes,

dreaming where the sewers slowly flow
through whispering galleries and gargoyle crypts,
bringing offerings to the awful sanctuary.

We sent our heroes down in hazmat suits
to besiege it; now these abominable lumps
festering in sealed and chilled vitrines

on live-feed for the curiosity of the world
are all that’s left. The glass holds our reflections,
the beautiful ones who love to scare ourselves,

taking selfies with the alien bogey-beast,
our nightmare mirror image even now
regenerating in the dark beneath our feet.

Out of Range is Nick Drake’s fourth collection, and is published by Bloodaxe Books (2018). In these poems, he explores the signs, wonders and alarms of the shock and impact of ‘Generation Anthropocene’ on Earth’s climate and ecology. As well as the three poems above, the book includes portraits of ice-core samples, of those living on the margins of the city streets, and of Voyager 1 crossing the threshold of the solar system. Nick’s previous collections include The Farewell Glacier (Bloodaxe 2012), which grew out of a voyage around the Arctic archipelago of Svalbard to study climate change. Chronicle of the Incandescent Lightbulb first appeared in the book Energetic: Exploring the past, present and future of energy, produced by the Stories of Change project. I reviewed Energetic for ClimateCultures in August 2018.

For more on the Whitechapel fatberg, see this piece by Vyki Sparkes, the Museum of London’s curator, and this one by Lanes Group plc, the company who worked on behalf of Thames Water to remove the monster from its sewer home… Part of the fatberg is now in the museum’s permanent collection, and footage from the fatcam livefeed Nick mentions is available with this article.

A poet whose collections 'The Farewell Glacier' and 'Out of Range' explore the Arctic and climate change through human/non-human voices, and the impact of 'Generation Anthropocene'.
Read More